Very rare pendant watch made in Switzerland circa 1850’s. As a sacred symbol in Ancient Egypt, ‘Scarab amulet’ artefacts became quite popular during the Victorian era, when expeditions to Egypt became particularly popular. These ‘Beetle’ watches were usually designed to be a spectacular ladies pendant that swung from a long gold chain. 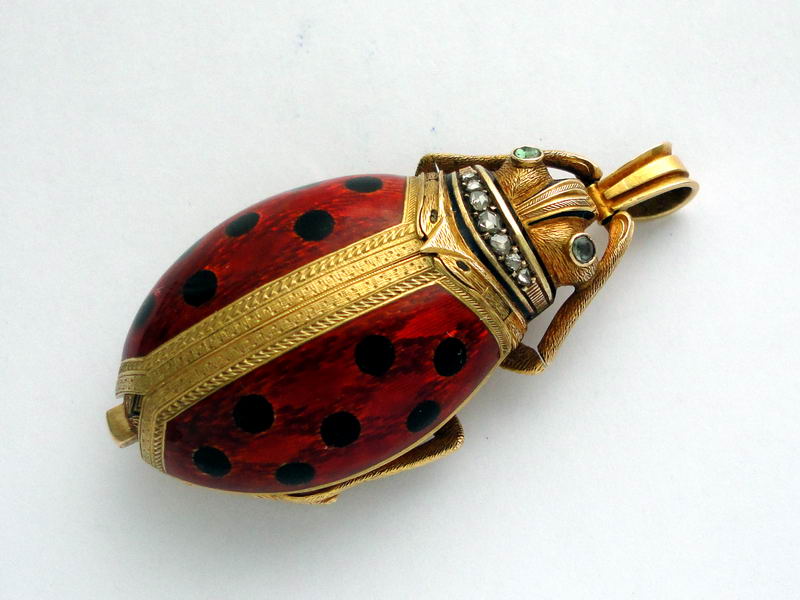 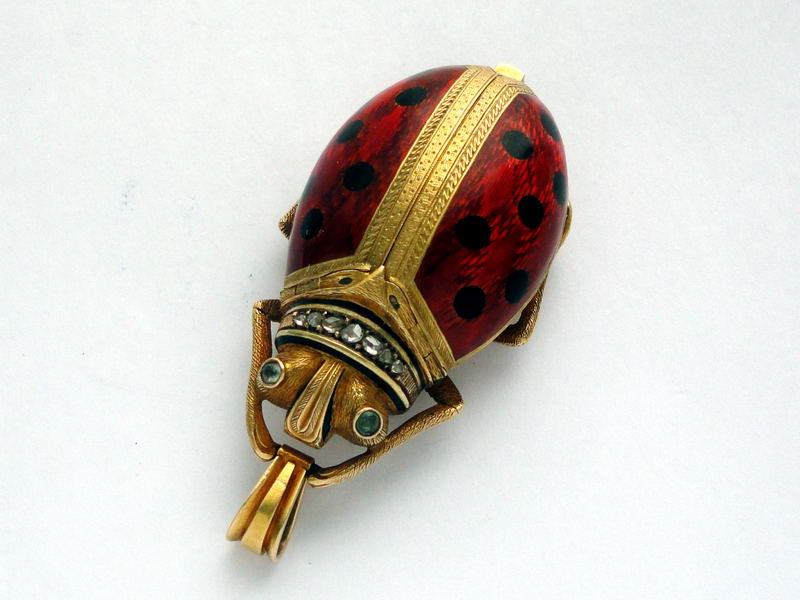 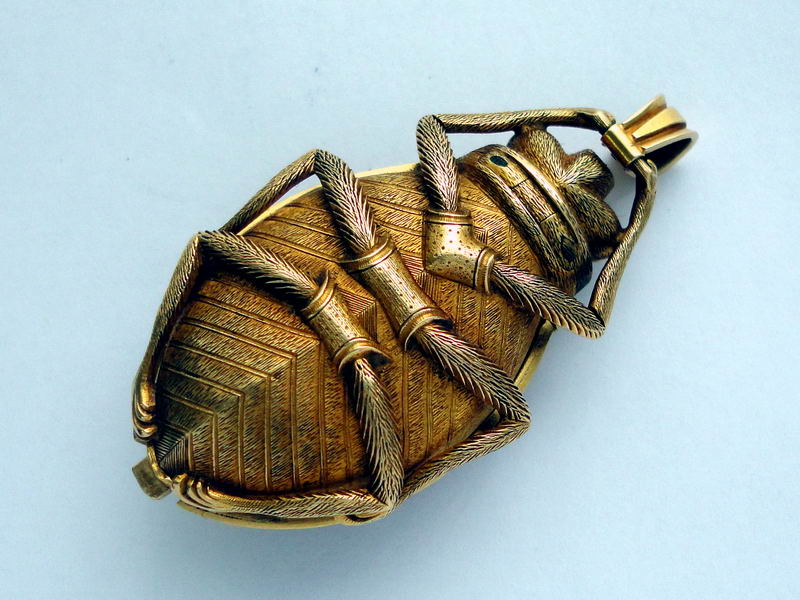 Case underside with highly detailed engraving. The whole the thing is just over 50 mm. 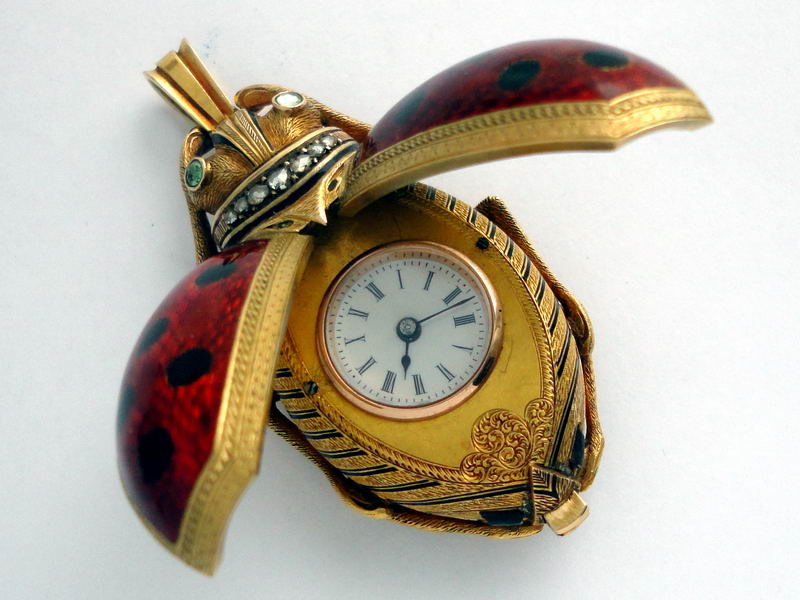 The case is opened by pushing the knob on the tail. The wings uncover the enamel dial secured with a crystal cover. More engravings inside. 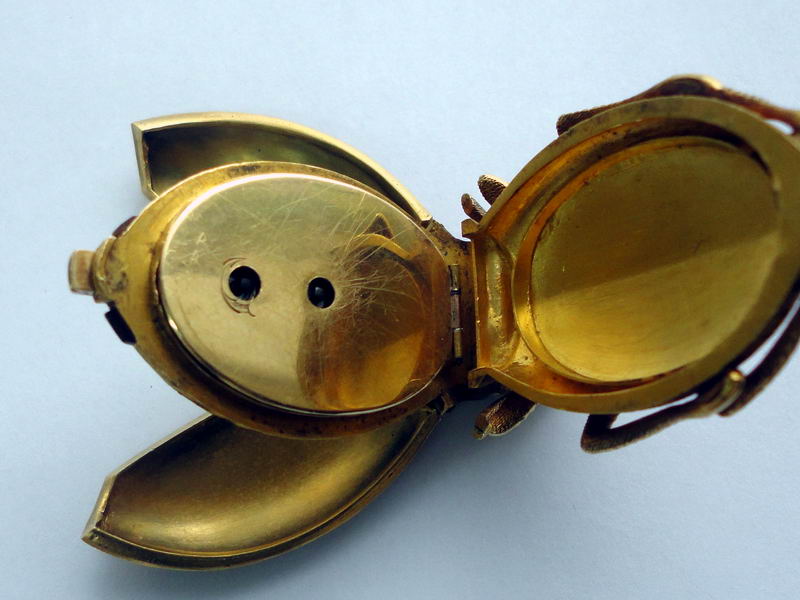 Gold inner cuvette with holes for winding and setting the hour by the key. There are many scratches from previous keys. 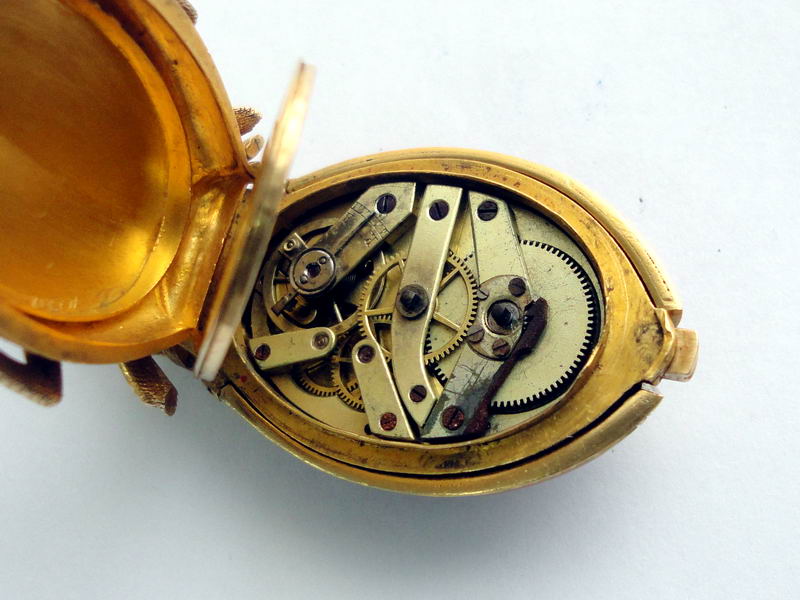 The movement is a classic cylinder escapement, with a special oval shape. This also needs some attention. 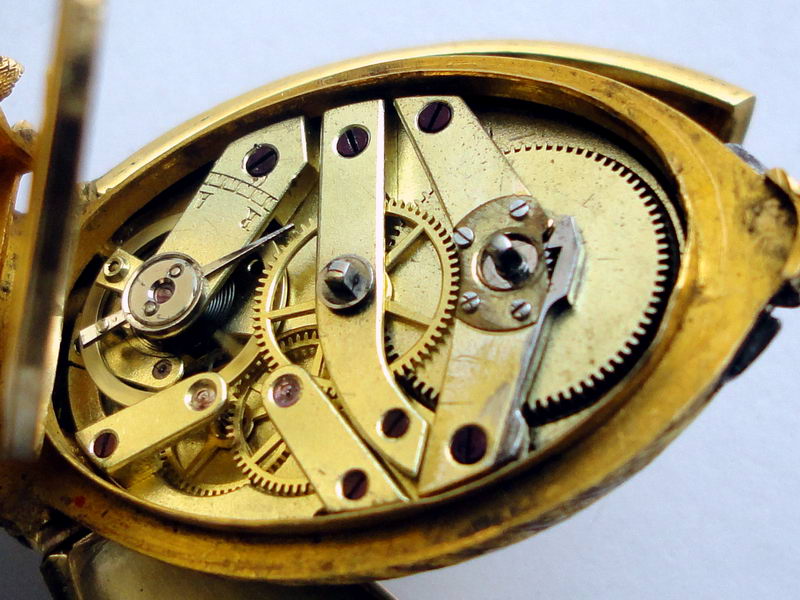 After cleaning, the movement and the steel parts are lightly polished. It is now fully cleaned, and working well. 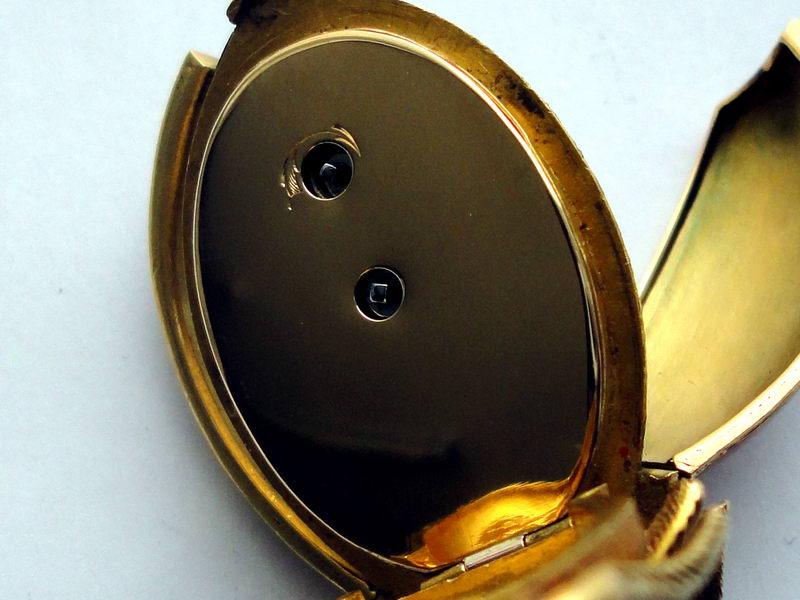 Thin gold cuvette is delicate polished, and the scratches are removed. 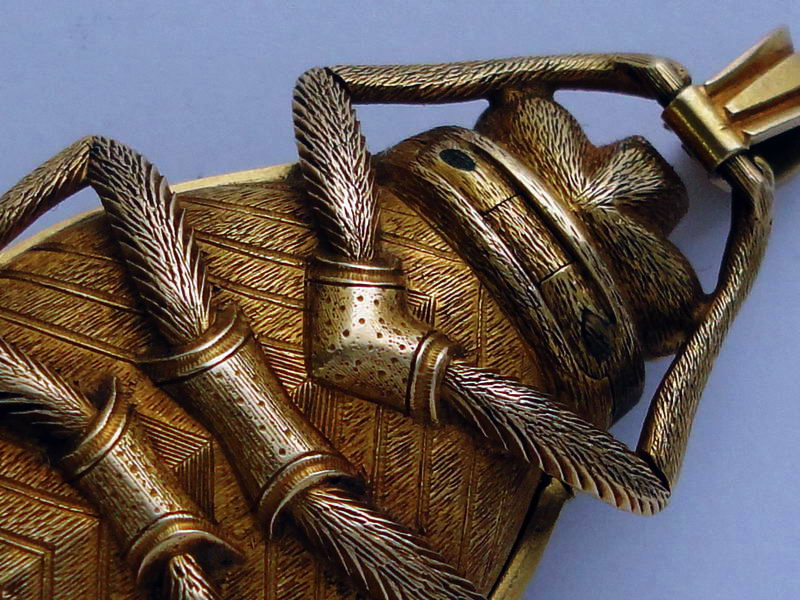 The intricate details of the carving are very much worth seeing. This piece was hand-made 160+ years ago!

Some people may have read the legend about the scarab beetle. Is it possible that the legend could be true, and maybe people wore it as a sign of good luck? Unfortunately, we may never know…

Some may notice the striking resemblance of the red shell with black dots to that of a lady bug, and it is in this interesting cross-over of species that the Victorians’ depth of interest in the insect world is truly revealed. As urbanisation in the Victorian era progressed, the Victorian’s became more and more detached from the natural world and responded to this through an increased obsession with bringing plants, animals, and insects back into their lives. Taxidermy became wildly popular, but what arose above all else was the fascination with insects and bugs. Jewellery designs of wasps, spiders, moths, and bees were the latest fashion, and remained this way for decades. Developing alongside this was a revival in Egyptian style jewellery, in particular the scarab beetle.

Designs varied considerably. Some went the traditional route – usually an iridescent green beetle in a more typical Egyptian style design, more loyal to the real-life appearance of the scarab beetle (example 1, example 2). However, a lot of the Swiss watchmakers and jewellers used their creative licence to design something a lot more fantastical, glittering, and very beautiful to look at. While they stuck to the general idea of the scarab beetle, they also incorporated imagery of the natural world closer to their own lands, such as dragonflies and lady bugs. This pendant is just one such design. 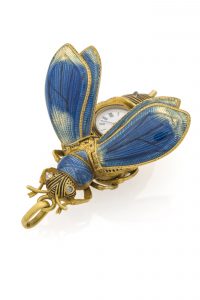 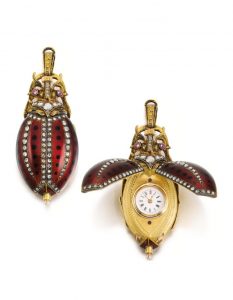 More information about the scarab beetle as an artefact.

Insect jewellery of the Victorian era.