Watch Fronts Bearing the Owner’s Name are an Old Tradition

The desire for a unique and personalised watch is not a new tradition by any measure. Indeed, it is a trend which has persisted for centuries, even as far back as the eighteenth and nineteenth century. During these times, a vast variety of incredible and unique watch cases were all the rage, but they were not cheap… A more affordable direction that many took in order to present their friends with interesting gifts was to personalise an otherwise ordinary watch. This commonly came in the form of an engraving on the back cover, of a monogram or emblem (see example – custom monogram order page from F. Winter’s catalogue). Additionally, one might sometimes find a plate bearing the owner’s name and initials, a family emblem, or some other custom engraving, attached to the pocket watch chain. Another popular feature found during this era, and one which carries both historical value and an air reminiscent of a memory, was a pattern over the dust cover, detailing, for instance, who the gift was intended for or other such inscriptions.

However, a far more creative and fascinating custom method of turning an otherwise ordinary watch into a very personal and beautifully unique accessory, was to replace all the numerals on the watch dial with a painted twelve letter abbreviation of the owner’s name. This method, not the easiest by far, was a challenge to procure, as there weren’t many watchmakers with this ability to be found; and indeed, in nearly every case in which this method was employed, another specialist was found to hand-paint the watch dial lettering.

As is still common today, unusual and interesting features could fire up interest in an item. For instance, I have a Swiss movement from the 1880’s, taken from a pocket watch. Featuring a unique dial that reads: “AUGUST PIERES”, this enamel face with lettering is most likely a personal custom dial commissioned by the owner himself. In fact, from the name and design it was clear to me straightaway, that this watch was commissioned by an Argentinian Baron.

Enamel, fine letters, golden finish on the patterns, watch hands and calendar apertures. AUGUST PIERES – the owner, who ordered himself a watch.

It is not uncommon to find initials on the inside too, as it has a rare combination of features: chronograph and a disk calendar showing the day+date. The movement is made to the highest standard, and is in very good condition, but it will still need some restoration to give it a proper look.

Getting rid of the footprint that time has left on it, as well as choosing the right watch hands and manufacturing a new wrist watch case has left us with a large and unique watch.

A calendar with disk indication sits under the dial, which appears to be a rare feature when found in a chronograph watch.

The next thing to do was to find pieces similar to this one, and soon it was clear that this letter-numbered dial was not alone. However, it was really interesting to look at a variety of letter-dials, as well as compare the creativity and imagination behind them.

The oldest examples of named watch faces have been made in an English manner. Back in the early eighteenth century, one could find many examples of watches with letters instead of numerals.

WILLIAM HATTON, a dial taken from a pocket watch. This is enamel with glaze finishing. Double LL – an interesting compacting solution.

JOHN, KIRKHAM, silver, 1806-1807s as Chester stamps mention.
Pay attention to the comma and the full stop, which are located after the ‘N’ and ‘M’ respectively.

JOHN MELVILLE, movement comes back from 1810s. Again, there are visible a comma and a full stop.

ROBERT GREEN and a wonderful sun on the capital numeral 12.

As you may see, there is an interesting problem with the 12-digit format: it is a puzzle, but has a great outcome when done correctly. It must be read clearly, look beautiful and not create confusion or letter overlapping. English watchmakers used commas and full stops to make the decipherment of such watch faces even easier. Although in the later examples, there does not appear to be any punctuation.

Other popular units include old watches for rich south-American customers. The South-American style is actually quite similar to Russian merchant products; in both transactions, the customer is paid high-levels of attention and affection.

Spanish-style names are generally quite uncommon in this watch face format. Although the Russian names on the dials would look no less exotic to people from other countries. Here is an example: you decide.

GRANDE PEDRO – a great watch whose name is Peter.

There was no simple movement inside of the ‘Big Peter’: one taken from a Girard-Perregaux! The movement will soon be turned into a timepiece, and the case is already on the planning stage.

LUIZ PORTODOM with an enamel dial. Unfortunately, the whole other watch part of it is gone.

Here, we have the LONGINES brand with the movement taken from a gold chronograph watch. The custom watch face features the name JULIO AGUILAR.

EDUARDO POMBO made from gold with a higher-class movement, made in 1920s.

You may have noticed by now from looking at any personalised dial, that it is not housed in a cheap watch. Such pieces are very frequently made either from silver or gold, usually with enamel and additional movement functions. For branded (corporative) orders, serial watches do exist, but for any personal watch for the beloved-you would most likely have made of more expensive and higher quality material, and of a better standard. 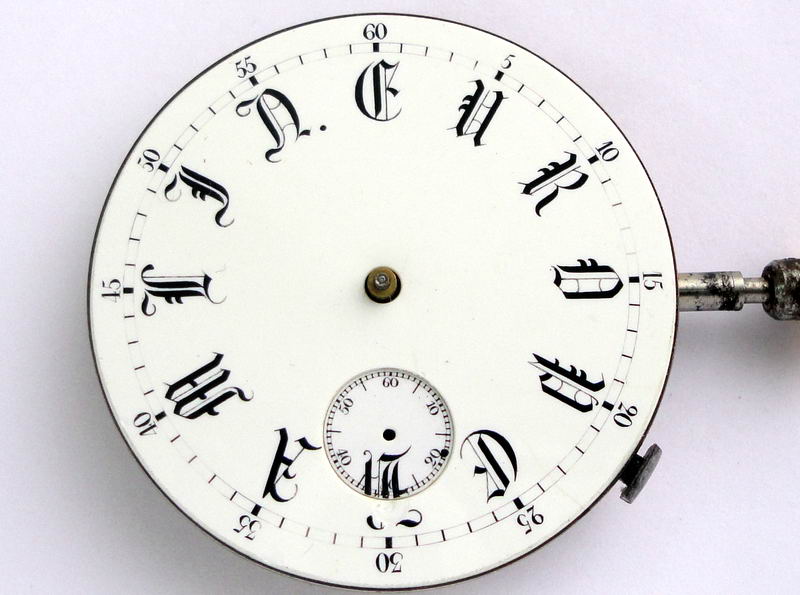 EUROPE TAMIJN in the gothic style, an organisation from an Indian company times.
Based on the following movement, this watch was created (see link)

The HUMBLE brand, a series for the winners of the competition, year 1937.
The dial is not hand-made, but more like a stamp. This means that a series was ordered.

CHARLES KNAPP – a brand name, most likely a watch belonging to the brand owners’ family member, or any of the relatives.

Of course, the English traditions were copied not only by the Russian merchants, but also by the American nouveau’s. 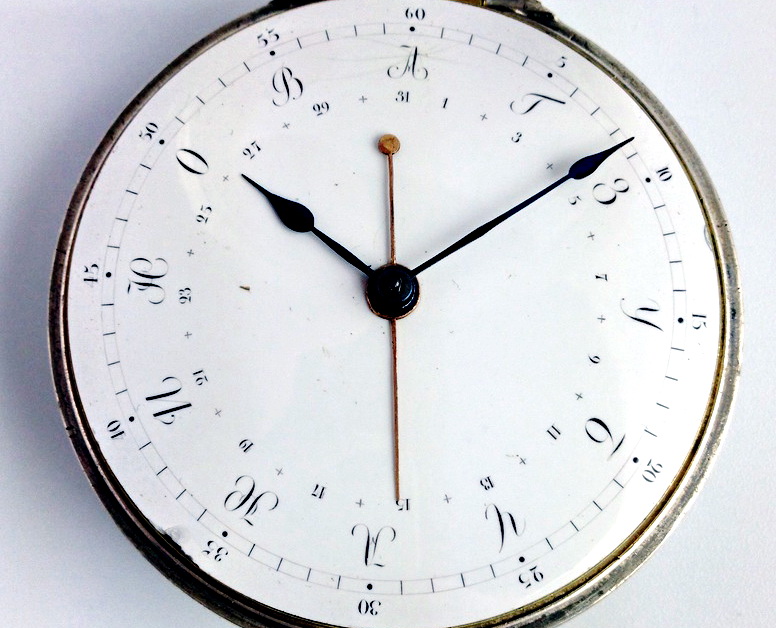 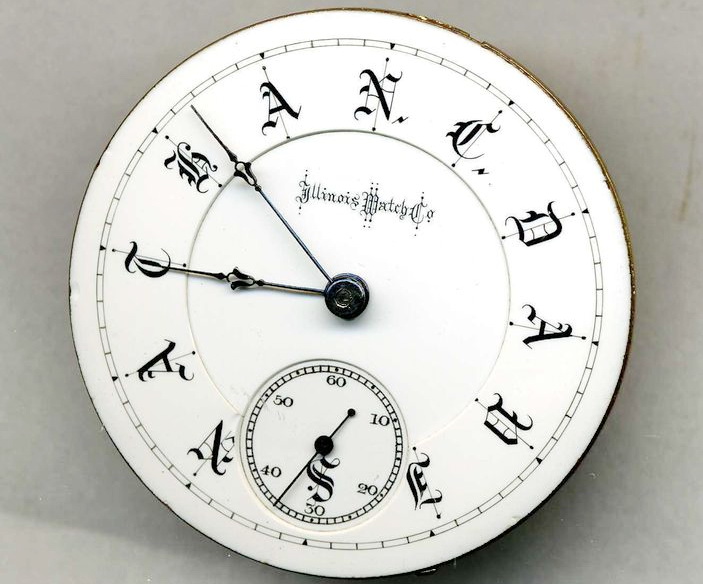 The old English gothic, although it is made in a style typical for America.
NATHAN. C. DANIS, (watch by Illinois Watch Company), late nineteenth century. 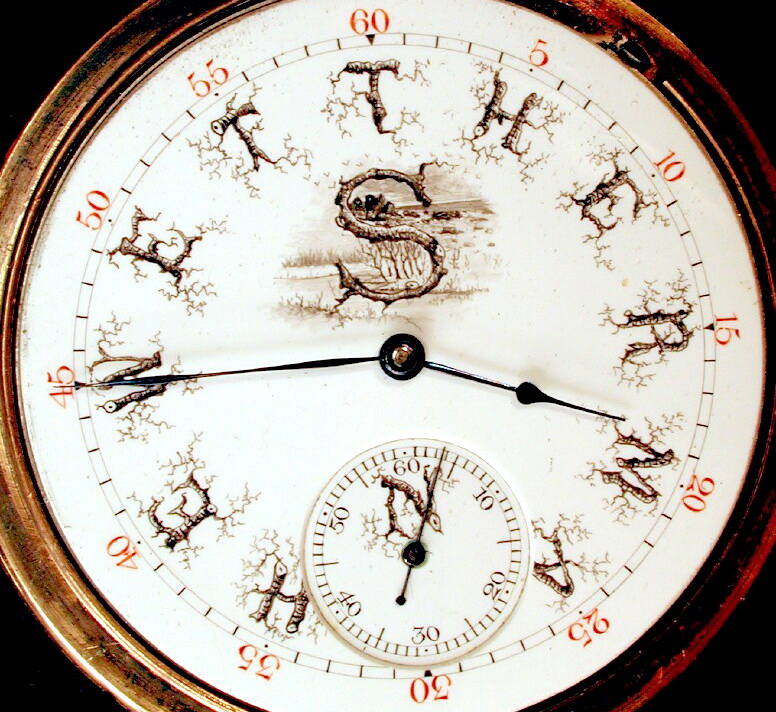 The magic druids! The branch-like digit ornament is single and unique to this American watch. SHERMAN HEWETT, see where the capital letter ’S’ is shifted. Two landscapes remind of the motherlands.

5. Gifts to the Beloved

Isn’t it a great idea to order a custom watch as a present for your other beloved half, with his/her name on the watch face!? 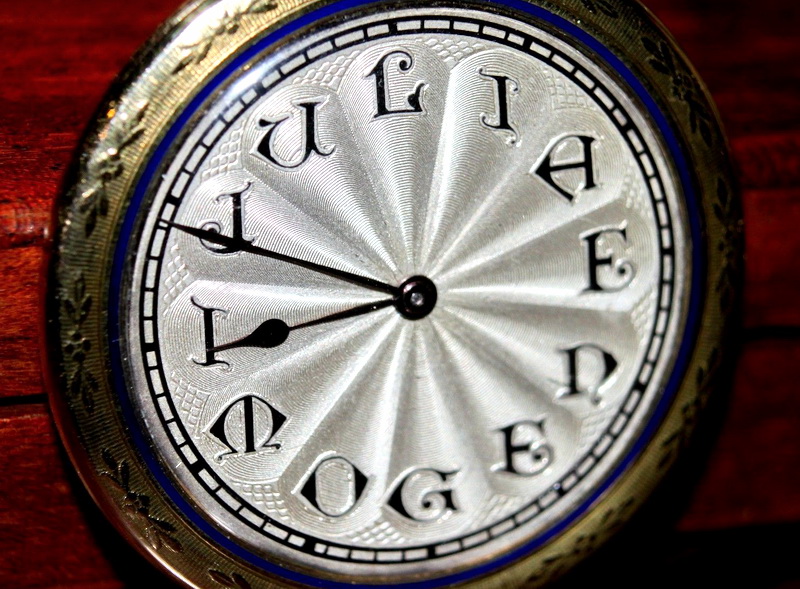 The watch looks amazing, and the attention is soon fixed on the detail as no digits are found to be in their original places. The watch piques the observer’s curiosity and causes one to fall in love with this unique item. One that will keep the family name and memories of their grand ancestry for a long time.

Is it possible to order a watch like these?

In short – Yes, we can make a similar bespoke.

Divise a way of placing your name onto the 12-hour dial, and we will be able to manufacture you a personal timepiece in our watch ateliers. It is also possible to manufacture from gold, silver and platinum, as well as with enamel and hand engraving. An alternative method would be to take a ready-made watch, and design onto it the personalised watch face that you so desire. Any way that you do it is great, and will surely be a gift without competition.

Instead of a P.S.

Returning for a minute to the English style, try to read the name on the following dial: 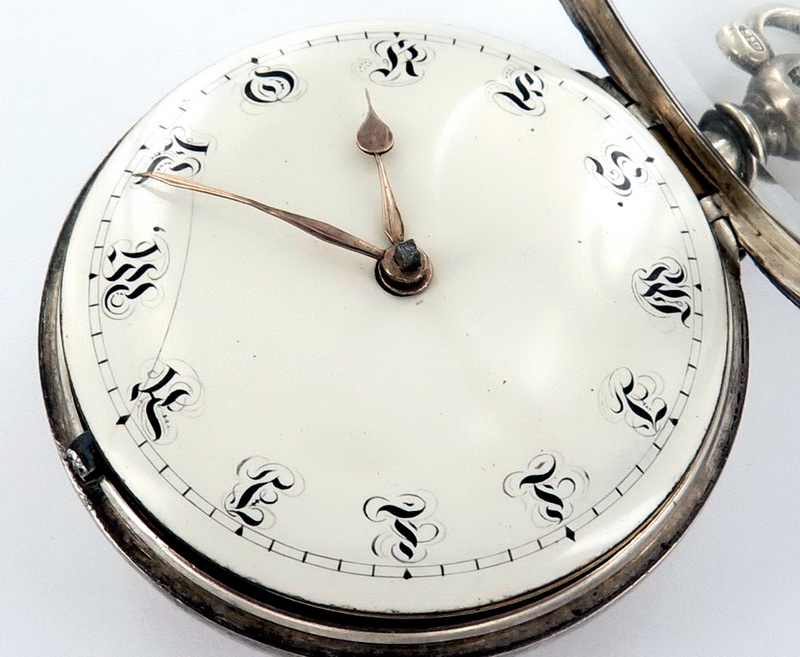 It is a very good puzzle, the owner surely liked a unique style, as well as a challenge!