The following is a brief story that details the restoration of an orphaned movement, formerly from a gold pocket watch. The case has since been lost – most likely melted down many years ago. The movement was left behind, abandoned in a watchmaker’s box and preserved there for a number of decades.

Here is our patient, purchased for just a few pounds: 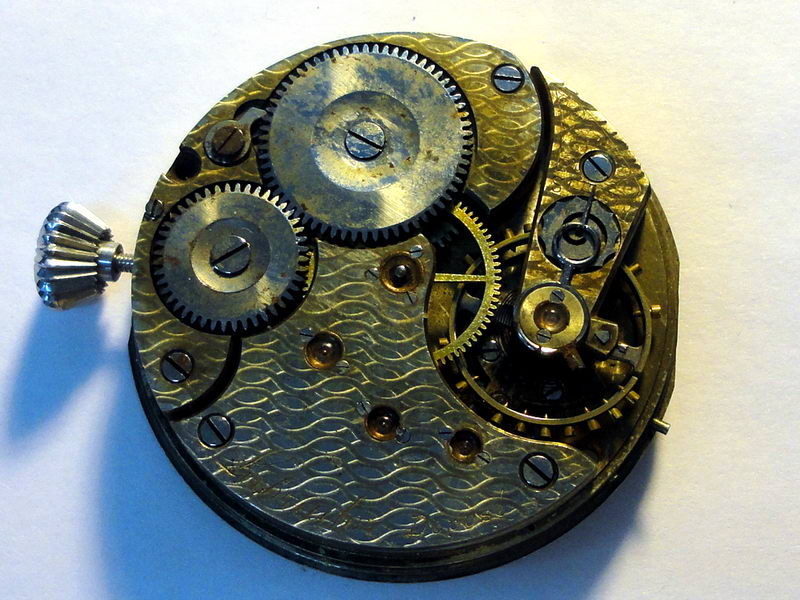 It is most probable that the movement was stored in oiled paper, as the oil has stuck to the metal like a layer of tar, and after fifty years this was not easy to remove. Usually, even older movements look in much better shape than this one.

In cases like these, it is always important to know what you are dealing with, and so we must look deeper into the history of the movement. Here we have a Swiss machine from the early 20th century, and on it barely distinguishable lettering that reads: “Labrador Depose”. Under the dial we found a small emblem of the well-known Swiss company, OMEGA – their chronometers are well known to those well versed in the business and history of watches. From this little emblem, we can conclude that this old movement was made by OMEGA when they were still working on the series ‘Labrador’; and, having looked into the history of the company, we can confirm that this series did indeed exist. This movement, our current patient, is quite rare – it is a model from around 1905 – 1908. Pieces like this one are very expensive and tell the story of watchmaking during this time. 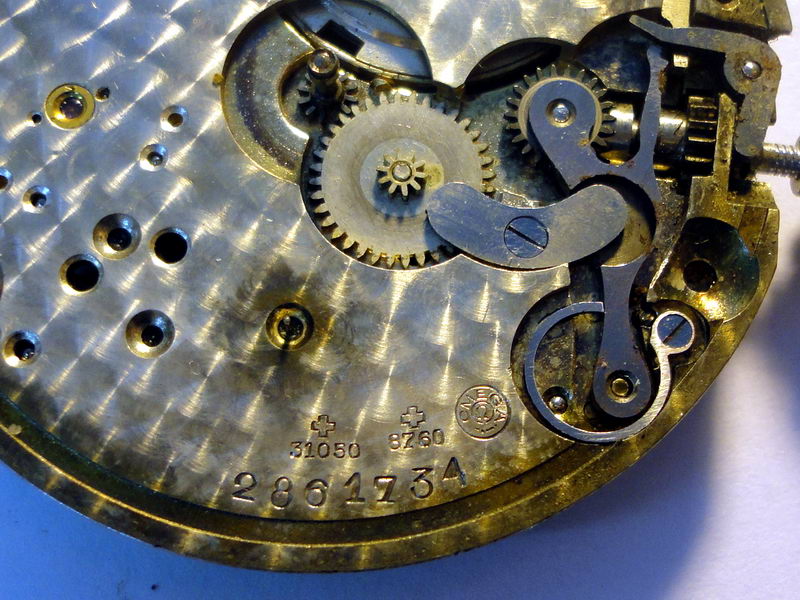 The enamel coating of this movement increases the price as well as the collectable status of the watch (I hid it immediately, to avoid any risk of scratching, but a photo will be shown at the end), and so our goal is to make sure the movement will not need to be taken apart again by doing so ourselves, and bringing it back to life.

First up, we need to disassemble the movement until we reach the cogs, removing all parts until we are left with just the base of the movement. Ordinary movements are cleaned with ultrasonic washing, but new techniques like that won’t work on this piece, so instead we need to put it in petrol for 1o minutes and then clean it thoroughly with a tooth brush dipped in jewellery cleaning solution and some tooth cleaning powder (rare stuff these days). 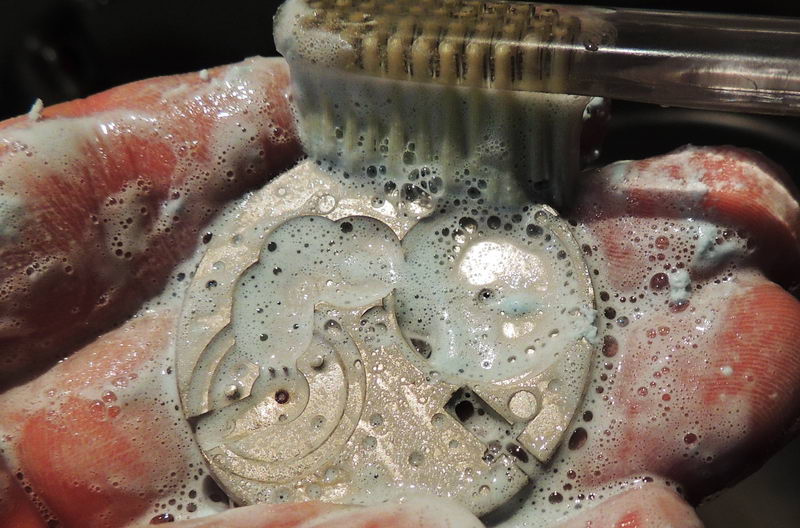 With a little bit of magic, the oil disappears, and the metal is shiny again. There is a ‘perlace’ visible (pearl grain). 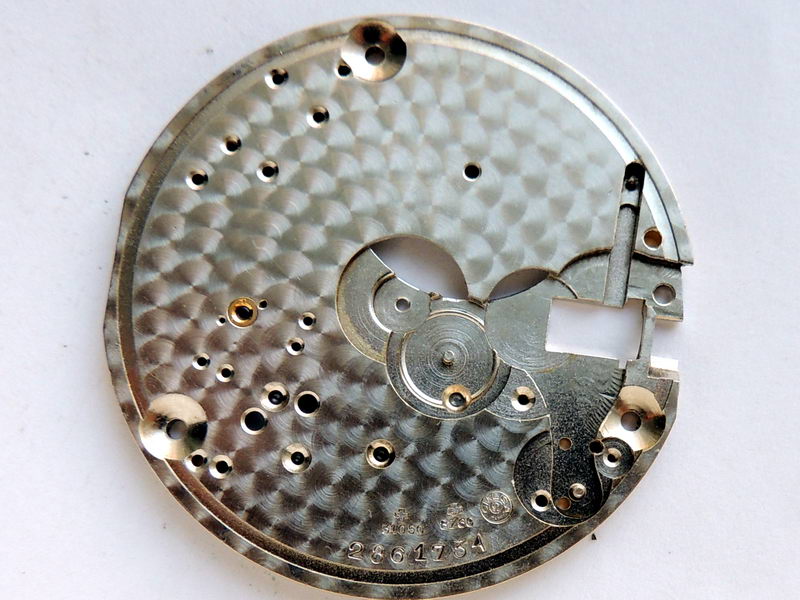 Now the numerals and hallmarks are much more visible, and the light and shadows reflect off the surface. 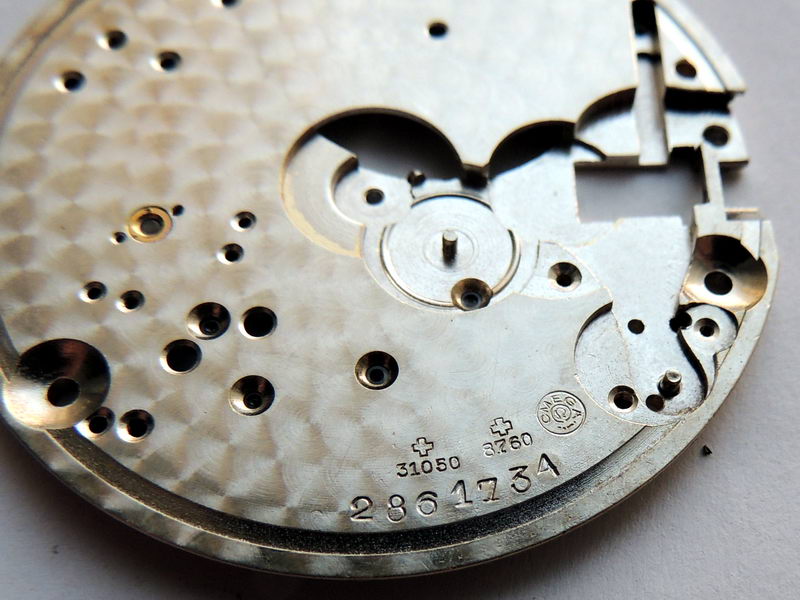 We need to clean the back too, because this is where the wheel system is going to be. The rubies need extra attention, as they are where the wheels will be. They must be perfectly clean and rubbed with thin wooden sticks to get rid of any hidden dirt. Nothing must stop the wheels from spinning. 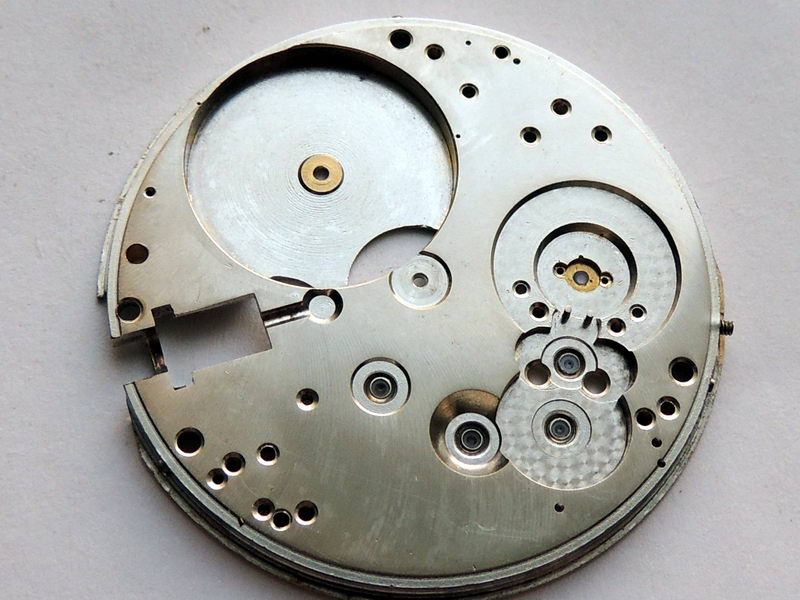 Each part is left for a short time in water, and then cleaned by hand with powder until it is shiny. There is black dirt between each tooth of the wheel, so we clean that as well with a toothbrush. 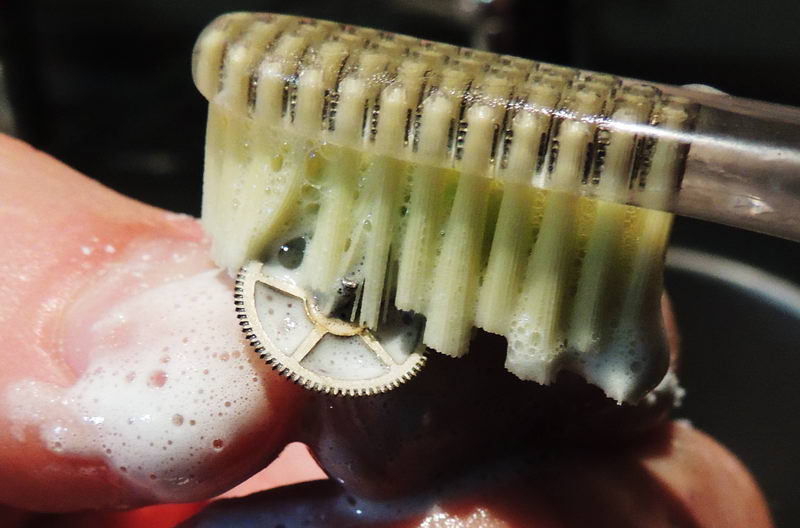 We are lucky that this movement lay for so long without receiving any scratches, and without any unskilled watchmakers getting their hands inside of it. Scratches can’t be removed by a simple cleaning job, but thankfully oil is much easier to get off, you just need to put a lot of elbow grease in.

After everything has been dipped in a solvent to remove any leftover dirt/rubber, the movement is then reassembled. Now the chateaux-inserts with rubies are visible, and there’s a wavy pattern that we couldn’t see before – once clean, the signs are so much easier to see. The movement is working now, even though it was full of oil before! 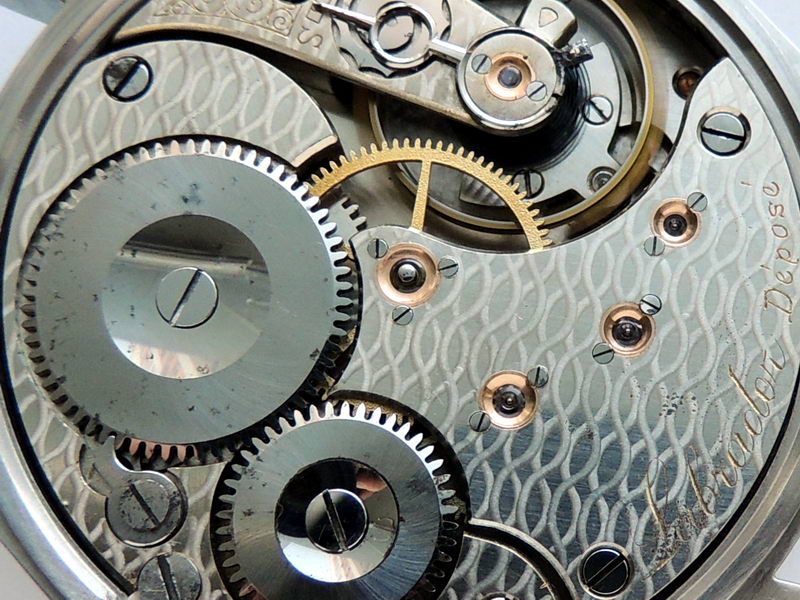